The future is electric

In keeping with its pioneering track record, Volvo was the first manufacturer to announce a plan to electrify all of its cars. But Volvo doesn't just have a long-term plan; earlier this year it launched mild hybrid versions of premium company car favourites the XC90 and XC60.

Some of the leading-edge technology that makes mild hybrid cars so fuel-efficient has also been used in plug-in hybrid electric vehicle (PHEV) models.

The new mild hybrid XC90 and XC60 models never need to be plugged into a charging point. The electric motor provides smooth and fuel-efficient engine assistance when accelerating, and when the brakes are used, advanced kinetic energy recovery technology recharges the battery.

This means the fuel consumption of XC90 and XC60 mild hybrids is up to 15% less than their fuel-only counterparts, with a corresponding reduction in emissions.

The government’s drive towards a greener Britain features a number of points directly relevant to business fleet managers and company car drivers. These include:

The good news is that anyone choosing a new ultra-low emission Volvo, such as the V90 or S90 Twin Engine PHEV, can be confident they will pay the lowest rates of company car tax, with the added benefit of qualifying for 100% first year allowances. They will also be unaffected by the lease rental restriction. 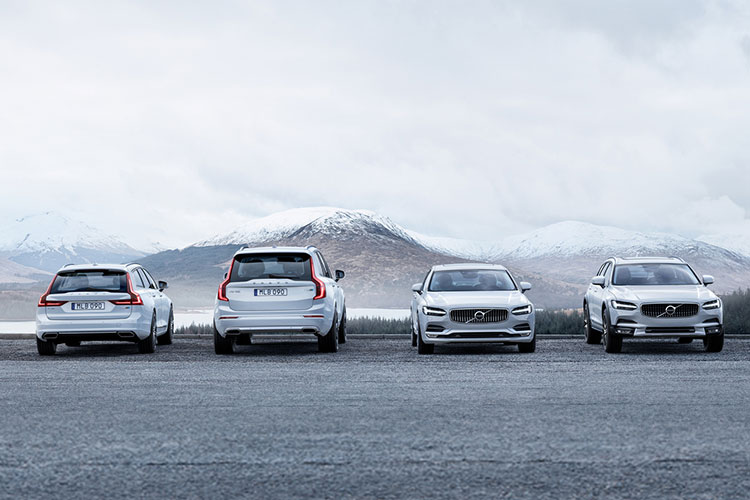 With the multi-award-winning XC40 also due a plug-in hybrid upgrade, mild hybrid technology is moving Volvo closer to its goal of integrated electrification across its entire fleet.

And that’s great news for the environment as well as for businesses seeking great value, cost-effective company cars.